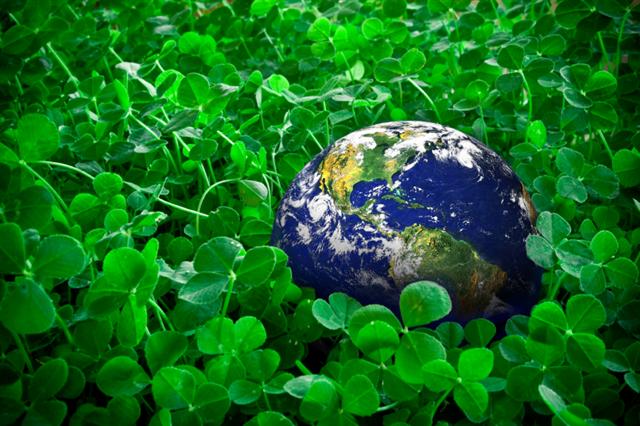 In the last decades the word Health has been defamed and trivialized.

For obvious reasons this society has become the perfect target for elixirs, potions, exotic therapies, miracle solutions, magic extracts/concentrate and an endless supply of pills, nutritional supplements and pharmacopoeia.

When I started to give my first talks about health 25 years ago, I very much took into account what we as human beings should eat in the search for health and happiness. I left no doubt that health was not only the absence of illness – a static, almost inert state; nonexistent and absolute (which modern medicine is based on). On the contrary, considering that everything changes constantly, health would be a direction and never a destination.

Surprisingly enough we are healthy because we get ill. However, it is also a fact that my discourse and and all my colleagues’ at the end of the 20th century (in the early nineties), was centered on a preventive diet against cancer, more focused on the health and emotional peace of mankind, on the fulfillment of every being´s dream to build a kinder society where we all had space and time in harmony with other human beings. That is to say, our main focus was human health.

When we realized that multinationals have taken our basic commodities, cramming them with chemicals, that our greens and fruits differed from those our taste buds recalled as their authentic flavour ; that there was no need to wait until next spring to enjoy tasting some strawberries; that watermelons could even be found in December, only then did we become an activist movement, for the sake of organic products, without pesticides and chemicals and in season. As a consequence of this movement , ecological guarantees, assurance seals and a clear difference emerged.

THE HEALTH OF THE EARTH

Now that we are well into 2015 influenced by the Z generation and yielding to science and technology gods, talking about health will be meaningful only if we talk about the health of the Earth. All that we eat will be suitable for us only when suitable for the planet. The concepts of food and ecology go further. It is no use eco-labelling products that have been grown free of chemicals 12.000 kilometres away from where they are consumed. This means the over-exploitation and desertification of fertile lands; land abuse that leaves native peoples orphans. No matter how many chemical fertilizers or pesticides are used when the dignity of land workers, who work long hours in subhuman conditions, is being attacked, so that the western world can enjoy the benefits of ‘biotropical foods’ that the land in its intelligence has worked out for them, its ‘native people’.

Talking about health today, in the light of truth, is talking about the biome, about the perfect symbiosis and equilibrium among the flora, fauna and climatic conditions, about how they resonate with each other, so the whole fauna microbacteries including those living in our ‘roots’, our intestines, are analogous to that fauna: microbacteries that lie in the earth, air and water where we live and have to vibrate with them.

And this happens specially with that food with a great quantity of water such as fruits, vegetables, roots, flowers and herbs.

When we make these transfers of foods claiming that they have such and such properties, the lands suffers from overexploitation; big landowners and foremen overexploit their workers , pay them a tiny amount of money and even the natives themselves stop eating their own local food to sell it to the lovers of money for a few coins.

This food which has travelled many kilometres, represents an enviromental impact, leaves a carbon footprint, which does not resonate in the intestines of distant users, not even with their microbacteries that inhabit them; nor with the water they drink or the air they breathe. In other words, we are killing a big portion of biology, anatomy and diversity of million of beings, some of them invisible to the calculating eye of capitalism and some of them visible that we pretend not to see. Nevertheless, the most curious thing is that we do not understand that any death of either a visible or invisible criature is also somehow our own death.

‘Nobody is an island. Everybody´s death affects me because I feel I am attached to the whole of humanity. That´s why you should never ask for whom the bells toll, it tolls for thee’, John Donne.

How can we talk about peace or judge those who make war when we are at war with nature, with its essence and its unique wealth?. We take from the earth giving nothing in return, we exhaust it, outrage it, and we also outrage those who farm and grow it and we think this looks very different from barbarism comitted in troubled, controversial, conflictive aereas and this silent war that drowns in the bowels of Gaia it´s also happening in our bowels, attacking the organism with toxic and devitalized food. ‘What is happening within, is happening without’.

If we end up with the mantle of the Earth, the most nutritious part in comparison with the rest of the Earth’s crust, an infertile earth will only give us groans and misery; dryness and agonising declining years. And dear readers, to avoid this, let´s not think that just condemning transgenic crops sorts things out. We all know they ruin the land, not even meat products lobbyists or sugar manufacturers and the whole industry that uses large quantities of water that pollute; or the nuclear and armament industries. That stated above is already condemned by you, by me and by common sense. Let´s not wash our hands like Pilate with the glorius justification of ‘organic’ , it does not make a big difference when fruit and greens come from such far away countries!

Honestly I do not understand the eagerness to sell or convince us that we need miracle plant remedies from southern or tropical lands, especially in Spain where there is an amazing biodiversity with more than 6,273 species of both edible and medicinal plants. We have the biggest pantry with almost 60 per cent compared to the rest of Europe. I can´t understand why anybody promotes chicories, dandelion, endive, mustard greens, lamb´s lettuce, borage, burdocks, thistles, cresses, nettles, turnip greens, paperina cabagge, chestnuts – only to name some of the local bounties – if I kept telling you about their properties we would be overwhelmed by their wealth and we could baptize them as ‘supervegetables’ which would support local farmers , boost our inmune system and be in balance with our local biome. Our traditional gastronomy could also be regained.

On the contrary, we focus on tomatoes for instance, which apparently nobody can do without anywhere in Europe daily, and what is the price we pay? Slavery, yes, slavery of hundred of Africans hidden in the south of Spain, in huge greenhouses paid miserably to generate misery and poverty. The poverty of a virtual tomato travelling hundred of kilometres, passing through radiation checks and other customs looking spotless. And I do not care whether they are organic. What´s the point of having tomatoes in Sweden in the heart of winter; what biome over there can they resonate with?

Tomatoes are characteristic in hot aereas and , mostly, in very hot summer seasons with a short life, that is, after the harvest they last no longer than three days on the table. What can these tomatoes have to last for so long?

Gandhi was right when he said, ‘Earth provides enough to satisfy every man´s need, but not every man´s greed’.

Agriculture was once a sacred task. When humankind backed away from their ideal, modern commercial agriculture appeared. ‘When farmers began to grow crops in order to make production profitable, they forgot the true principles of agriculture’ Masanobu Fukuoka.

This website uses cookies to improve your experience while you navigate through the website. Out of these cookies, the cookies that are categorized as necessary are stored on your browser as they are essential for the working of basic functionalities of the website. We also use third-party cookies that help us analyze and understand how you use this website. These cookies will be stored in your browser only with your consent. You also have the option to opt-out of these cookies. But opting out of some of these cookies may have an effect on your browsing experience.
Necessary Siempre activado
Necessary cookies are absolutely essential for the website to function properly. This category only includes cookies that ensures basic functionalities and security features of the website. These cookies do not store any personal information.
Non-necessary
Any cookies that may not be particularly necessary for the website to function and is used specifically to collect user personal data via analytics, ads, other embedded contents are termed as non-necessary cookies. It is mandatory to procure user consent prior to running these cookies on your website.
GUARDAR Y ACEPTAR